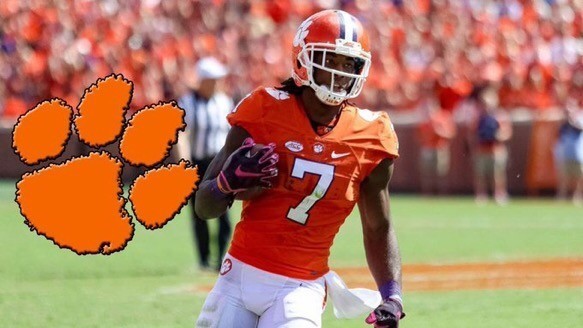 Pros: A play maker and makes clutch catches. Lines up in numerous areas and shows the ability to do different types of routes. Great frame and is built into his 6’4 self rather than lanky. Physical and fights for the ball. Arguably the best catch radius in the draft and can catch away from his body. Great speed especially with someone of his size. Able to make people miss and create yards after the catch. Back shoulder throws are a thing of beauty with him. Great body control and leaping ability. Even after an injury, he’s not afraid to go into the middle of the field and make tough catches. Strong hands and can fight the ball away from defenders.

Cons: Focus drops, while he makes amazing catches that are contested, he also drops easy ones. Doesn’t exactly possess blazing speed and sometimes struggles with separation, especially if he isn’t physical with them. While he’s lined up numerous places, his route running isn’t the greatest. He shows the ability to learn the routes, but his feet still need work. Not really a blocker who sustains them, but rather tries to make a pop. Also a worry with the neck injury he had.

Overall: Mike Williams has every chance to be a great receiver in the NFL. He greatly improved from 2015 and got better this year even after his injury. He may not have the speed you want in a #1, but neither did Anquan Boldin. He’s a clutch player and made some great catches away from his body. His size and strength is something scouts will drool over as he fills out his frame very well. He’s arguably the #1 receiver in this draft, the only question is how will his route running fare in the next level and can he polish it? He has the ability to be a #1 wide receiver, but it may take time for him to make an impact.