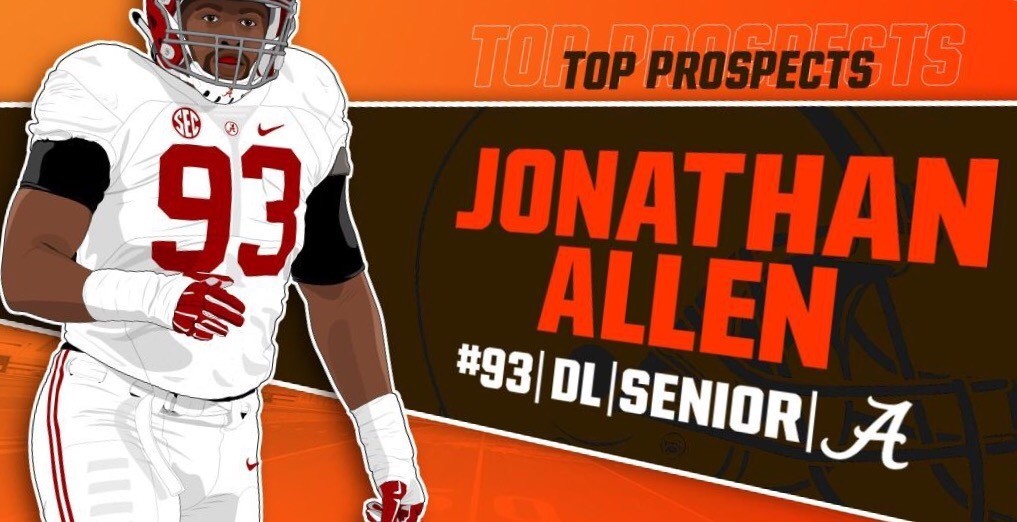 Pros: Arguably the best pass rusher in this class when it comes to his knowledge and ability to rely on different moves. Very strong at the point of attack, can use strength or speed to win matchups. Can shed blocks easily with the use of his hands. Fights every play. Also has the patience to move where he needs to and shows great football intelligence and instincts. Great closing speed and finishes plays. Strong lower body allows him to not give up ground. Some of the most violent hands you’ll see from any defensive player. Has rare explosiveness off of the ball. Gained weight throughout football career but plays extremely well with the weight. Versatile, as he’s lined up as every position in the front four and has had success. Great gap control against the run. Great closing speed. His pass rushing moves are already at a NFL level. He knows so many and does them all extremely well.

Cons: Has a number of cleanup sacks. Sometimes against the run, if his first move doesn’t work he can get pushed off the line of scrimmage. Light for an interior lineman and not the greatest length. Doesn’t always turn his hips and sink them as an ideal 4-3 defensive end would. Seems to be more of a cleanup guy at times rather than taking over games. Doesn’t have the highest ceiling compared to other players in the draft.

Summary: Allen has been asked to gain weight and still play at a high level, and he produced. There’s no such thing as a perfect prospect, but Allen is a very good player who already shows NFL like moves in college. As stated above, he doesn’t exactly have the highest ceiling of anyone in this class, but he also doesn’t have a low floor. At worst, he’s an above average player in the NFL. Allen is a Pro Bowl caliber player. Whoever drafts Allen gets a day 1 starter and a great talent.