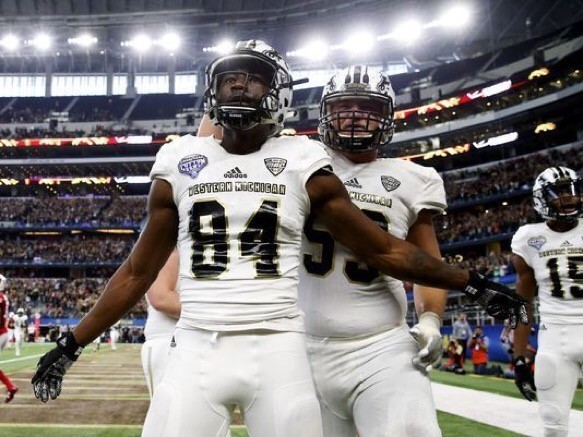 Pros: Terrific burst and acceleration. Smooth route runner and great hands, very reliable. Great vision with the ball and can see opportunities to get more yards. Can make people miss and takes advantage of his quick acceleration. Tends to fight for the ball and attacks it rather than waits for it to come to him. Is strong enough with hands to get separation, even against physical receivers. Can stop on a dime, sink his hips, and make a quick move before the defender can change directions. Long-stride speed. Can beat you with anywhere; whether screen passes, perimeter, and deep. He has potential to make a huge play any opportunity.

Cons: Doesn’t always attack the ball at it’s highest point, especially with deep balls. Doesn’t have great timing when it comes to jumping for the ball, can sometimes jump too early. Doesn’t have elite speed. As stated earlier with deep balls, he likes to let it fall into his hands rather than attack it. Carries the ball loose and doesn’t seem to have a feel for when defenders are behind or closing in on him.

Overall: Corey Davis has every ability to be a #1 wide receiver in the NFL. He can make people miss, has deceptive speed, and very reliable in his hands. He will have to do a better job with jump balls, but his route running is arguably the best in this draft. Great yards after the catch ability. Some may argue about his competition, but his tape speaks for itself. Whoever drafts Corey Davis gets a day 1 starter and big time contributor.