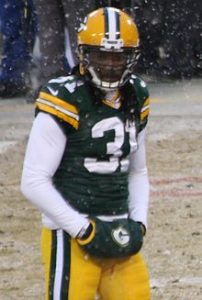 The Jacksonville Jaguars are at it once again. After trying to trade cornerback Davon House at the Combine the team has decided to cut ties with the former Packers defensive back.

Michael DiRocco is reporting that the Jaguars have officially released CB Davon House on Monday. He was drafted by the Green Bay Packers in the fourth round of the 2011 NFL Draft. He played college football at New Mexico State. He also played for the Jacksonville Jaguars.

He led the Aggies with four interceptions, and broke the school record for interception return yards in a game, a record that had stood since 1981.