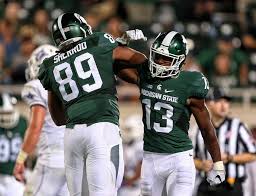 Strengths: Sherrod has the size & potential for further development as a defensive player at the pro level. He flashes good athleticism with an excellent first step & burst off the ball. He has good speed around the edge to beat an offensive tackle when rushing the passer, and he can shoot through the B-gap to get into the backfield to pressure the QB. Against the run, he plays with good speed to get around the edge, and bring down the ball carrier from the backside, and he can shoot through the B-gap to stop a RB in the backfield. On special teams, he has the athletic ability to be disruptive when blocking field goals. He shows he can be versatile when rushing into the backfield, lining up as a DE in a 4-3 defense, and as an OLB in a 3-4 defense.

Weaknesses: Sherrod will occasionally have tendencies to play with a high pad level at the snap of the ball. This causes him to lose any leverage that he has at the line of scrimmage, and allows an offensive lineman to lock him up, or drive him away from the ball. He’s not the best at fighting off linemen with his hands. He tends to rely on his speed & quickness alone to get past or through linemen to make a play. At the point of attack, he gets stood up when he goes head on with a blocker. His ability to set the edge against the outside run will be a question. As a 3-4 linebacker, he doesn’t show the ability to be able to drop back into coverage. Productivity against a high level of competition will be questioned.

Summary: Sherrod came into the 2016 season with a decent amount of attention who left Delaware State for Michigan State as a graduate transfer. He ended the 2016 season as a backup DE for the Spartans, seeing very little playing time, and not recording many stats. While playing for the Delaware State Hornets, he showed that he can be a disruptive player. He is a player that can be labeled as a “tweener” who has the size to play as an OLB in a 3-4 defense, but doesn’t play in open space very well. He can line up as a DE in a 4-3 defense, but doesn’t show the strength to hold up against offensive lineman head to head. With his play speed & athleticism, he can get around offensive linemen, and shoot through the B-gap to cause disruption in the backfield, whether it’s bringing down the QB, or stopping the ball carrier. His versatility shows when used on special teams, especially in field goal situations. Despite all of that, he plays with a high pad level, and doesn’t have a set of moves to disengage himself from blockers. He needs to improve his upper body strength to show that he can beat blockers with power as well, and not just with speed & quickness. He has shown that he can be productive at the FCS level, but can he be productive at a much higher level against better competition? Overall, I see Sherrod as an undrafted free agent who can line up in pass rushing situations in either a 4-3 scheme, or a 3-4 scheme due to his ability to get into the backfield, and as a special teams player to block field goals.