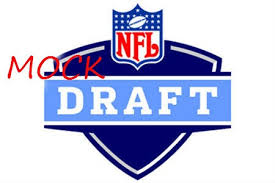 Could you imagine this top 10?

Cleveland Browns:
In this mock, the Cleveland Browns make all the right moves. They take the top player on my board and the consensus number one pick Myles Garrett. With the 12th pick they select Jon Allen, my number 2 player who falls because of shoulder injury concerns. Finally, they trade up with Miami to get my number 3 player, Reuben Foster, who slides because of personality concerns. Getting the top 3 defensive players in the draft will bring the Browns one step closer to being contenders.

Myles Garrett:
Garrett is the best player in this draft. Cleveland must take him at number 1. The combine showed the draft community Garrett is for real. There is no other player this pick could be used on. No quarterback is good enough to be taken over Garrett.

Garett Bolles:
Bolles used the combine to show off his ability and athleticism. He is now my number one offensive lineman, slightly above Western Kentucky’s Forrest Lamp. With Leonard Fournette off the board the Panthers take their franchise left tackle.

Haason Reddick:
I’ve been raving about Reddick since I started this website. I think his ability to pass rush and cover gives him an edge over every edge rusher not named Myles Garrett. Reddick’s performance at the combine may have opened some eyes.