Adrian Peterson has Seahawks and Raiders at the top of his list; Patriots too 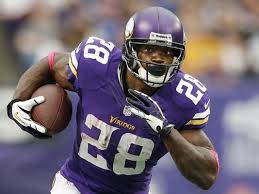 Adrian Peterson to the Raiders or Seahawks?

Adrian Peterson might be willing to give New England a team-friendly deal in free agency, but the Patriots are not atop his list of desired landing spots, according to Stacey Dales of NFL Network.

The Raiders and Seahawks are Peterson’s preferred destinations, according to his father.