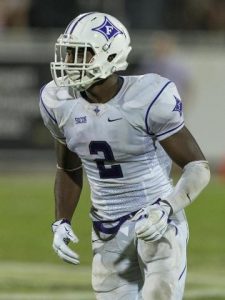 Trey Robinson of Furman is one of the best small school cornerbacks in the draft.

Been able to help with the youth at one of the local elementary schools, just coming in and spending time with them and listening to what they had to say.

Statistics with Dr. Roe. Toughest class I ever had.

My parents I’ve seen them sacrifice so much for me day in and day out. I just thank them for everything.

Baseball and I played basketball throughout High School

I played Quarterback my entire life, I never played DB until I came to Furman.

I am a big safety, but I still have the ability to play in space and be a ball hawking safety and not just the run supporter of the two.

Eric Berry, He is just a playmaker, no matter what his role is. either patrolling the middle of the field or coming up in run support, he makes plays.

One of the toughest obstacles was nearly giving up football after my senior year in high school. I had offers from SCSU and Western Carolina to play quarterback, but neither seemed like the right fit for me. I was going to go to USC Columbia and just be a student. It was tough for me to almost give up football, but Furman called me two days before signing day and the rest is history.

I say a prayer before every game on the sideline and I tape my fingers no matter if I’m wearing gloves or not. 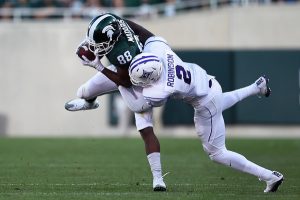 Being a ball hawking safety

Fluidity in my back pedal, I haven’t been doing it for that long.

You are getting a selfless player that is going to work hard and will be able to pick up the scheme quickly. Also, are getting a play maker that has a high football IQ.

I was a Mike Vick fan. He was the man back in the day.

A blacked out Charger. I’ve always wanted one.