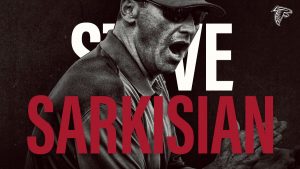 Falcons have hired Steve Sarkisian as their next OC

NFL Network Insider Ian Rapoport reported today that Steve Sarkisian and the Falcons agreed on a deal that will make him the next offensive coordinator of the Dirty Birds. Sarkisian and Falcons coach Dan Quinn share a common friend in Seahawkscoach Pete Carroll.

“As a play-caller I felt like, number one, what an aggressive play-caller he’s been through the years,” Quinn said of the reason behind the hire. “He has a real familiarity from the live zone scheme, the play action, the keepers. That’s such a big part of what we do. It’s him as a play-caller, two of the guys that I respect most in our profession, Pete (Caroll) and Nick (Saban) and being part of both of their programs, I know what he stands for as a coach.”

“We appreciate all Coach Sarkisian did for our program during his time here,” Alabama head coach Nick Saban said. “He is an outstanding coach, and we wish him the best in his new role as Atlanta’s offensive coordinator. As always, when we have an opening on our staff, we will use it as an opportunity to go out and hire the best coach available.”

This is an interesting hire.

The #Falcons are set to lure #Bama OC Steve Sarkisian away to be their OC and replace Kyle Shanahan, as @Schultz_Report reported.