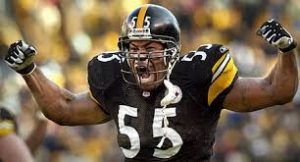 Steelers assistant coach Joey Porter was overcharged if you ask me

Officials have finally released the video evidence in the case against the Pittsburgh Steelers assistant coach and while he certainly gets mad at the bouncer for not letting him in, I do not see an assault, DO YOU?