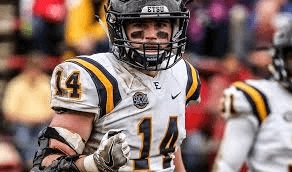 I had a lot of great experiences. I love working with kids at football camps and Reading books to kids at elementary schools

My Dad, he’s always been my biggest supporter and has always provided me with everything I needed to be successful

Growing up I did everything from BMX biking, baseball, basketball, wrestling and golf. I really liked ice hockey but had to stop playing because the rink by our house closed.  I was also an all American goalie in lacrosse in high school

Growing up I played every position except quarterback and kicker. At Stetson I was the back up long snapper and holder.

My physicality and knowledge of the game. I  think I’m very good at reading offenses and a really good tackler. Because I’ve played linebacker, cornerback and safety I can cover and play the run

Tendencies based on formations, packages, down and distance, personnel, and hash. Anything to hint away run/pass and give me an easier read.

Eric Weddle, similar in stature and because of his high football IQ, instincts, and physicality 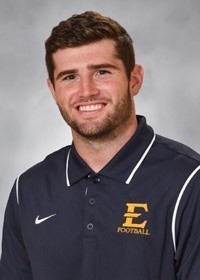 My physicality and game speed

I will outwork my competition and over prepare in every aspect of the game. I just need a shot to prove that I can play at a high level and I can compete with anybody out there.