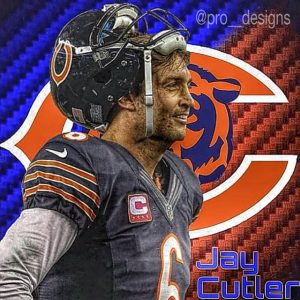 Bears QB Jay Cutler is on the trade block

Jay Cutler the Bears starting quarterback is up for trade, according to Jeff Darlington.  The former Vandy quarterback is actively on the trade block. I would not be surprised if he is traded the only problem is his contract.

I am not sure a team will be willing to offer much for him unless he is willing to restructure his contract. His contract is rough, and not team friendly.

I’m told by league sources Bears have now begun actively shopping Cutler, which isn’t surprising, but it does require some context: