Ravens once offered their entire draft to move up to get Matt Ryan; Interesting 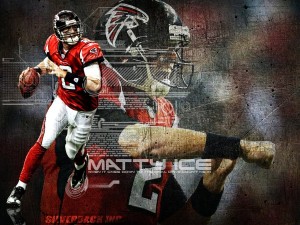 Matt Ryan was almost a Raven

The only AFC quarterback to win the Super Bowl besides Big Ben, Tom Brady and Peyton Manning could have been on a different team.  Yesterady, Ian Rapoport of NFL Media reported that the Baltimore Ravens spoke with the Rams back in 2008 about trading up in the draft to select QB Matt Ryan.

The Ravens offered their entire draft for the rights to pick Ryan, sources said, going from No. 8 to No. 2. The trade nearly happened, but the Rams asked for more. They also wanted Baltimore’s second-round pick from 2009 to clinch the deal.

Sources told Rapoport this week that the Ravens actually offered their entire draft to trade up from No. 8 overall to No. 2 and select Ryan and a deal nearly happened. However, the Rams were reportedly asking for even more from the Ravens including a 2009 second-round pick to do the deal.

Matt Ryan would not have had Ray Rice as his running back if this did happen, and let’s face it they would not have won the Super Bowl.  I guess it is safe to say, God is Good.