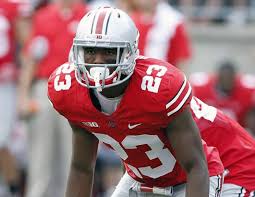 The Cleveland Browns have claimed former Ohio State University safety Tyvis Powell.  Powell appeared in all 14 games with five starts as a red-shirt freshman in 2013. He had 48 tackles and one interception. As a sophomore in 2014, he started all 15 games, recording 76 tackles and four interceptions. He was named the Defensive MVP of the 2015 College Football Playoff National Championship victory over Oregon Ducks after he had a game-high nine tackles. As a junior in 2015, Powell started all 13 games and had 71 tackles and three interceptions. After the season, he entered the 2016 NFL Draft.

They quietly cut him during the week of the Super Bowl on February 4th, and he was claimed today by the Browns.