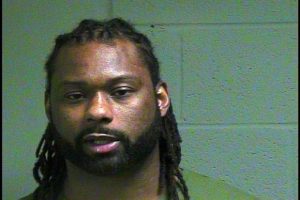 Just how drunk do you have to be to get arrested for public drunkenness and disorderly conduct?  Well ask former Lions draft pick Brandon Pettigrew who was hammered when police arrived to the scene.

Pettigrew, a seven-year NFL veteran with the Detroit Lions prior to being waived by the team in December, was reportedly seen pushing and arguing with two men at about 2 a.m. Sunday in a parking lot outside Pretty Please Social Room at 104 Flaming Lips Alley, according to a police report.

At least 10 officers in the area responded to the scene as Pettigrew was said to be “verbally defiant” to at least 25 commands to leave the area. Police reported Pettigrew initially refused to get in the back seat of a patrol car, had slurred speech and smelled of alcohol upon arrest. He was booked in Oklahoma County Jail and released the same day.

This probably will not help his return to the NFL.