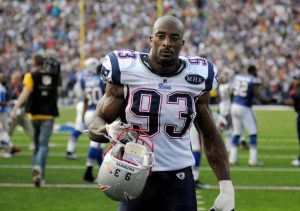 Today the Miami Dolphins hired former NFL defensive end Andre Carter to be an assistant defensive line coach. Carter played college football for the University of California, and was a unanimous All-American. The San Francisco 49ers selected him with the seventh overall pick in the 2001 NFL Draft, and he also played for the Washington Redskins, New England Patriots and Oakland Raiders.