Darrelle Revis has pending charges after an altercation with 5 men 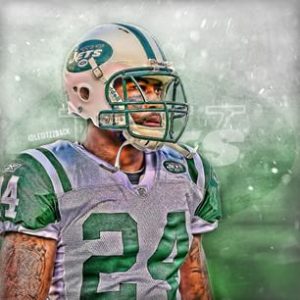 Darrelle Revis has charges pending after an altercation

Jets cornerback Darrelle Revis is facing charges for robbery, terroristic threats, conspiracy and aggravated assault after he was involved early Monday morning in an altercation on Pittsburgh’s South Side.

The 31-year-old NFL star’s lawyer told KDKA-TV he was assaulted by a group of five people when he came home to visit family and friends this weekend.

Mr. Revis came home to Pittsburgh this past weekend to visit family and friends. During that time Mr. Revis went by a location in the Southside that he is in the process of developing. Mr. Revis was physically assaulted while at that location by a group of at least 5 people. Mr. Revis feared for his safety and retreated from the aggressors. Mr. Revis was not arrested after this incident. Mr. Revis sought medical attention as a result of the aforementioned attack.

This will be interesting to see the outcome. Remember Revis has never been in much trouble, so I tend to take his side on this one.