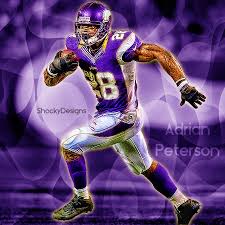 Adrian Peterson talking about the Giants

Vikings running back Adrian Peterson is due a $6 million roster bonus on March 11 on his way to having an $18 million cap hit for the 2017 season. Will the Vikings keep him? I doubt it, and he is already talking about other teams.

Adrian Peterson mentioned the Giants, Texans and Buccaneers as teams he would be interested in joining, and it seems his eyes are still on one of those teams.

The Giants been making some interesting moves.