Could the Raiders end up in San Diego? San Diego is interested 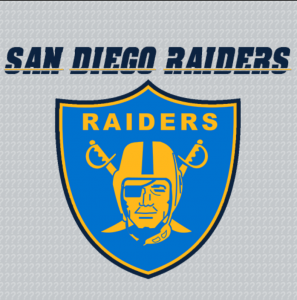 Could the Oakland Raiders end up leaving Oakland for San Diego rather than Las Vegas?

On Monday, Las Vegas Sands Corporation CEO Sheldon Adelson, surprisingly dropped out of the project, and that caused a stir. Now it sounds like mayor in San Diego is reaching out to the Raiders.

According to Kevin Acee of The San Diego Union-Tribune, the city has reached out to to the Raiders as a potential relocation destination should the Vegas project fall through.

“Mayor Kevin Faulconer spoke with an NFL official to let the league know the city is eager to engage when appropriate,” Acee reported. “And multiple sources said another person representing the city exchanged calls with a Raiders official, though it is not clear whether the sides spoke.”