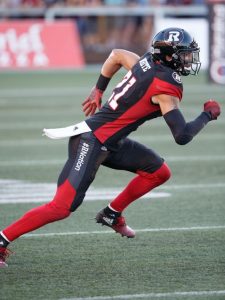 Mitchell White has been signed to the Eagles.

The Philadelphia Eagles have signed Canadian Football League cornerback Mitchell White of the Ottawa Redblacks, to a two-year contract according to Aaron Wilson.

The Eagles signed White, an all-star cornerback for the Grey Cup champions, after he worked out for the Chicago Bears, Houston Texans, New York Giants and Cincinnati Bengals.

White played collegiately at Michigan State. His twin brother, Myles White, has played in the NFL for the Tampa Bay Buccaneers.