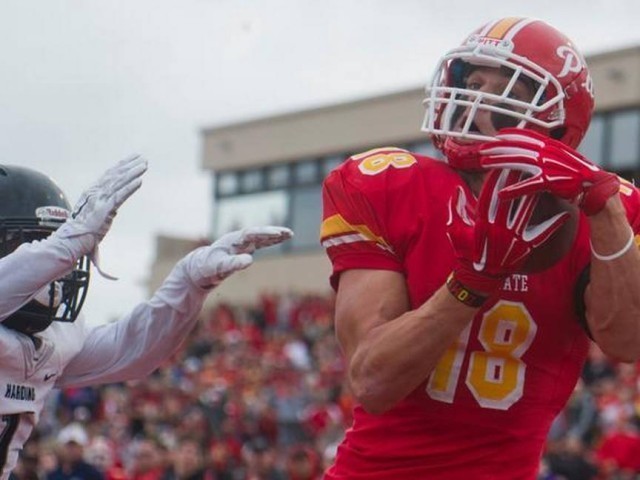 Panthers wide out Gavin Lutman will work out for the Panthers

Today the Carolina Panthers are working out Gavin Lutman the former Pittsburg State wide receiver.  Lutman has played for the Vikings and the Titans previously.

Lutman is a 6’4 wide out with great hands. He spent some time on the Hamilton Tiger-Cats of the CFL last season.

Where his pro day would have ranked among wide receivers had he done the same performance at the combine: