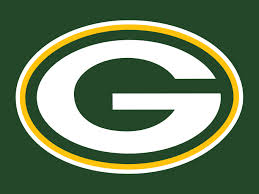 Via WBAY.com, police found marijuana in the home of cornerback Sam Shields on October 19. The authorities arrived due to “suspicions of drug-related activity associated with that residence based on parcel sent through the U.S. Mail.”

Two criminal counts were filed against Shields on Thursday. He allegedly opened the door for investigators while holding both a cell phone and a blunt. He then allowed a search of his home, which resulted in the discovery of “several jars of green plant material that was consistent in appearance with marijuana.”

In addition to “raw marijuana,” candy and muffins believed to contain edible marijuana also were found, along with a parcel from Colorado.

Here is the information on Darren Perry:

The charges against the safeties coach stem from a Dec. 17 incident. He was also charged with refusing to take a breathalyzer test and unsafe lane deviation. Perry has a Feb. 23 first appearance in court.

Add in the fact that Jordy Nelson has been ruled out and boy it has been a rough week.  The Packers need to win against the Cowboys this weekend, but will this distraction kill their chances?