Jaguars give Dave Caldwell an extension and hire Tom Coughlin 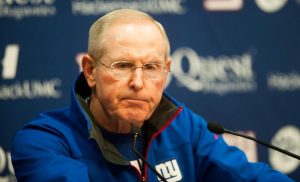 Tom Coughlin is back in the NFL, and back with the Jaguars

Today the Jacksonville Jaguars were busy. The team hired Doug Marrone earlier in the day as their next head coach.  Marrone was the teams Offensive Line coach and became the team’s interim head coach after they fired Gus Bradley.

The Jaguars fan base was hoping to hire Tom Coughlin as their head coach and while that did not happen they did hire him in a different capacity.

The #Jaguars aren’t done. They are hiring Tom Coughlin as an executive, source says. He interviewed as a coach, staying as exec.