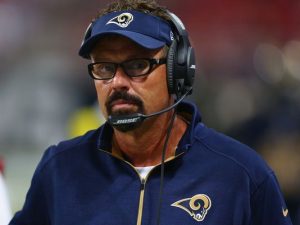 Gregg Williams could have a new job very soon

Source tells @sn_nfl that @RamsNFL Gregg Williams has until Monday to decide whether he wants to accept @Browns DC job. Tick. Tick. Tick.