How was Zach Brown passed over for the Pro Bowl? He is mad, and has the right to be 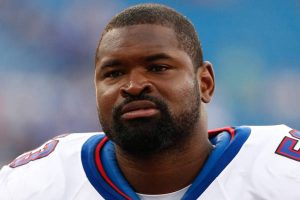 Bills linebacker Zach Brown is a playmaker, and was the biggest Pro Bowl snub

The inside linebackers who were selected for the AFC Pro bowl team are Dont’a Hightower and C.J. Mosley. Hightower has 64 tackles and 2.5 sacks for the Patriots this season, while Mosley has 72 tackles and three interceptions for the Ravens.

There is a linebacker though who has crushed those numbers yet he was not given a Pro Bowl invite.

Snub I guess ur play don’t matter no more smh

The Buffalo Bills linebacker has recorded 130 tackles, four sacks, two forced fumbles, and one interception through 14 games this season. It is a very impressive year, especially considering he has two games left.  He could double the tackles of the two players named to the Pro Bowl.