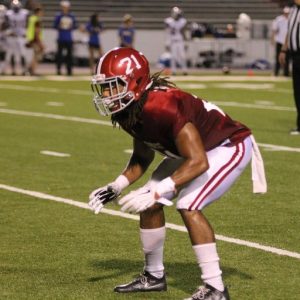 Athletic Ability: Avery has good athletic ability with the speed, agility, and quickness to go with it. While it seems like he doesn’t have a lot of length, he can break on the ball with okay body control & flexibility.  He has pretty quick feet & decent hips while in his back pedal despite being a little high in pad level.

Man Coverage: Avery has pretty good awareness & shows to position himself well when playing man to man coverage. While he isn’t the strongest in jamming a receiver at the line of scrimmage, he can anticipate a receiver’s break when playing off.

Zone Coverage: He shows to be very aware & instinctive when playing zone coverage. He can switch from his back pedal to closing in on the ball while it’s in the air, but does have a tendency to turn his back to the QB at times, making him a target against a double move.

Instincts: Overall, Avery has good instincts as a cornerback. He shows that he can play most if not all coverages.  His frame can make him a mismatch against larger receivers, but he can make up for it with his athletic ability.

Closing/Deep Speed: Avery can close in on a ball with good quickness, especially on deep passes. He takes decent angles to the ball while staying with a receiver.

Ball Skills: His ability to read a receiver’s route is good, and his jumping ability allows him to go after 50-50 balls. Despite having questionable hands, he shows that he can lay out for a ball to make a play on it.

Tackling: Despite his size, Avery shows that he isn’t afraid to come up in run support. He doesn’t have the best form, but he’s not afraid to close in and make a tackle when needed.

Strengths: Avery is a good athlete that has the speed, agility, and quickness to able to play the cornerback position. His feet & hips combined with his awareness & instincts allow him to be pretty effective in both man & zone.  His closing speed & ball skills make him pretty effective on deep passes, and shows toughness when he comes up to make a tackle in run support. 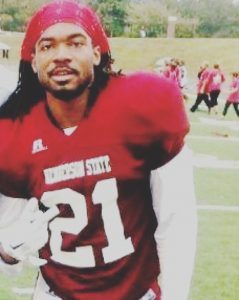 Weaknesses: He doesn’t have the typical size for a pro cornerback. He can get his hands on a receiver, but he’s not the strongest when jamming him at the line of scrimmage.  While effective in zone coverage, he tends to turn his back to the QB.  He has questionable hands even though he has the ball skills to play well.  He isn’t the best form tackler when taking on a running back in run support.  His competition level will be studied closely.

Summary: Avery was an effective cornerback for the Henderson State Reddies in 2015 & 2016 after transferring from Arkansas Baptist Junior College. While he lacks the ideal size, he makes up for it with his athletic ability.  The speed, agility, quickness, instincts, and ball skills that he has makes him a player with potential to be better.  While he can play his assignment in both man & zone coverages, he isn’t the most consistent player.  At his size, he doesn’t jam a receiver at the line of scrimmage effectively, and can turn his back to the QB, which can hurt him.  His 4 interceptions & 9 pass breakups in 2015 shows that he does have okay hands, but only 1 interception & 2 pass breakups in 2016 also shows that they’re questionable & inconsistent.  He’s a cornerback that will help in run support, and will bring a ball carrier down despite not using the best form.  In all, Avery has the potential to be a productive cornerback, but needs to show that he can be consistent year after year.  I have him graded as an UDFA that could be invited to a minicamp or training camp in any pro league.