Joe Theismann says locking up Kirk Cousins is a must; Redskins are sending bad message 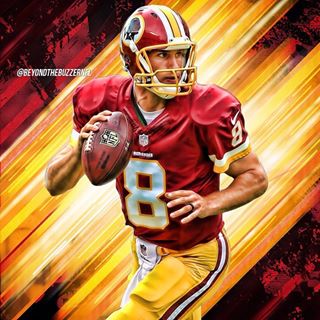 Kirk Cousins needs to get paid and quickly

Are the Washington Redskins sending a bad message to the fans and the city of Washington, DC? According to Joe Theismann they are, and it he believes Kirk Cousins needs to be extended very soon.

Theismann told 106.7 The Fan’s “Grant and Danny” show this week that not signing Cousins to a long-term deal is a bad move.

“How much more do you need to see?” Theismann said, via Dan Steinberg of the Washington Post. “What does that say to the fans and to the other players on the team, when somebody plays at the level that Kirk is playing at, and he doesn’t get what would be fair compensation — whatever that compensation might be? The players are sitting there going, ‘Wow, look at what this guy has done, and this is the way they reward him?’ … You’ve invested all this time in him. Why would you not continue to have him be your guy?”

“It’s almost like he’s said, ‘What else do you need me to do?’” Theismann continued. “You know, ‘I’ve been consistent, I show up every day for work, I’m not a pain in the organization’s neck, I’m a great citizen of the NFL and a great representative of the Washington Redskins, my play on the field stands for itself.’ And all those factors I think you have to consider…. And then the final factor is what to we do, where do we go if we don’t have him? See, I think it would rub a lot of people the wrong way if they couldn’t work a deal out. And it’s got to be a deal on both sides. It can’t just be the Redskins saying, ‘Okay, whatever you want, here it is.’ I think Kirk and his people have to sit down at the proper time and say, ‘Okay, what’s fair to the organization, what’s fair to me,’ and everybody’s got to win in a negotiation.”