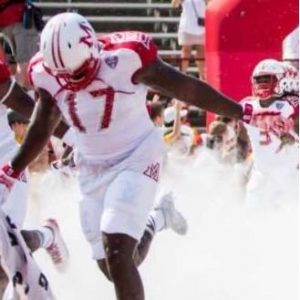 Helped at food bank in Houston

My older brother because he is like a father figure to me.

I played just about everything except kicker

My athleticism and mindset to be a better me each and every play.

l like to look at coverages, player efforts, the energy of the players in case I have to prepare for trash talkers.

I would say Antonio Gates, just from my perspective we are similar far as being elite TE’s. From play flexed out or being attached.

Just being overlooked and being confident in myself and play.

Just to keep my composure and listen to slow music makes the game slower for me, Just pray.

I’m the man you would want apart of your organization because I’m humble and hardworking and have God given talent that hasn’t been showcased yet. 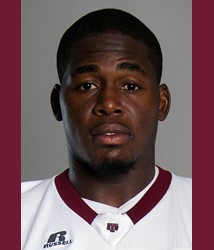 My favorite players are Teddy Bridgewater and Antonio Brown. Teddy is someone I personally know and played with in high school, He has always been humble on and off the field in addition, (GUMP) Good under major pressure. Antonio Brown because he is a Miami native and just brings everything to the game you would want in a athlete (CALL GOD). Patriots because Belichick takes those talented players that has been overlooked and make champions out of the players. Dolphins because the history and its close to home.

I would choose Jesus, my father, grandmother.

Give it back to God