Report: London is gaining another game and could have a team very soon 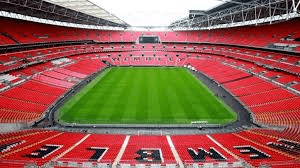 London is gaining another game and could be gaining a team

London has had three games in each of the last three seasons, but according to Will Gavin the UK will be gaining one more game.

In addition to the 4 games next season, same source expects there will be a team playing more than one game in 2018 #NFLUK

The NFL has scheduled three London games in each of the last three seasons, so four games in one campaign would be a new high. The first London game was in 2007.