Joe McKnight’s shooter Ronald Gasser has been arrested for manslaughter 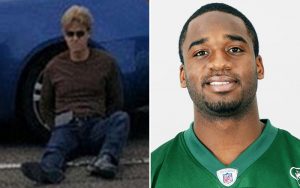 People were upset that Ronald Gasser was released a few days ago until the New Orleans Police figured out what truly happened, but today some justice has been served. Ronald Gasser the old man that shot and killed Joe McKnight was charged with manslaughter for the death of former New York Jets running back Joe McKnight, according to the NOLA.com website.

Ronald Gasser, the man authorities say shot former NFL player Joe McKnight during a road rage incident, has been arrested on manslaughter charges, according to the jail records from Jefferson Parish Sheriff’s Office. The move comes after Gasser originally was released after the shooting.

The Jefferson Parish Sheriff’s Office said it will hold a press conference Tuesday morning (Dec. 6) to give an update on the investigation. The media event is scheduled for 10 a.m. with Sheriff Newell Normand.

People probably wanted to get a harsher crime, but it will be hard to prove what really happened with no eye witnesses or videos.