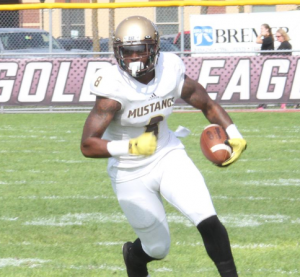 Davion Shelton has soft hands and is a pretty solid route runner.

A group of friends and I volunteered at a homeless shelter twice this year. We prepared meals for them and donated a bunch of clothes.

Statistics was pretty challenging for me

I really look up to Keenan Allen. He’s a hard worker and he hasn’t given up due to all the injuries he’s been dealing with. I love watching him play and I like how he carries himself on and off the field.

I look for my opponents strengths and weaknesses. I like to see if they can cover or not. Also, I watch for a d lineman’s favorite move when they’re being blocked.

AJ Page. He played at SMSU with me last year.

I would say Jordan Reed because of his route running ability and how he creates separation. He’s not the typical big and tall tight end. He’s more of hybrid and it’s always a mismatch when a safety or a linebacker lines up against him.

I broke my ankle in high school in 2010. I had plates and screws placed in it during surgery. The doctor told me that I wouldn’t be the same if I were to play football again and that I should consider not playing anymore. When I started rehab I made sure that I took is very seriously and made sure that I worked hard to get back to 100%. 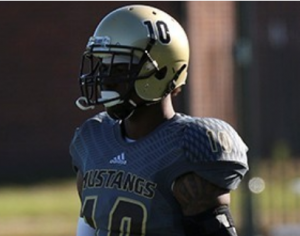 I’m a player who is selfless and I’m dedicated to this game. Never quit has always been the motto for me. I’m very coachable and I’m going to give you 100% effort everyday.

Growing up I loved LaDainian Tomlinson which made me like the San Diego Chargers.