Could Brandin Cooks be traded out of New Orleans after his blow up to media? 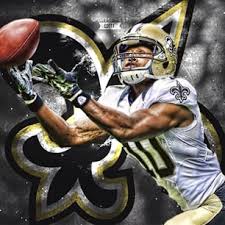 Brandin Cooks traded in the offseason? I would want him on my team

Could New Orleans Saints wide out Brandin Cooks be on his way out in the Big Easy?  He told reporters this week, every once in a while you have to speak up for yourself. Cooks added, “Closed mouths don’t get fed.” This happened after he was not thrown one pass last week.

That is not the only thing he said. He continued to talk saying he wanted to get the ball more.

He added: “It’s one of those things, the competitor. I was a little frustrated, but at the same time our offense was moving the ball, we won the game, so that was the bright side of it. I was just thinking from a competition standpoint. I always want to help. I feel like I necessarily didn’t (against the Rams).”

Ian Rapoport of NFL Media, feels Cooks could be on his way out because there are not enough balls to go around:

Cooks (51 catches for 736 yards and six scores) is on pace to have 30 fewer targets than last season. Though he’s averaging 14.4 yards per catch, more than last year, those numbers are skewed by a 98-yarder and an 87-yarder.

It’s a tricky situation, made more difficult by Cooks’ close relationship with Brees. But the fact that the Saints, the No. 1 offense, scored 49 points without him catching a ball last week might contribute to what should be a very interesting offseason.