Report: Several owners agree with Marijuana as a method of pain management 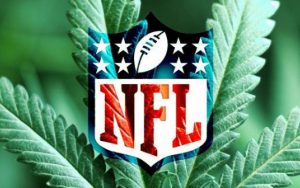 NFL could use Marijuana down the road for pain relief

Many people are behind the Marijuana method as pain management rather than pain killers, and according to Jason Cole of Bleacher Report, several owners of NFL teams are willing to give it a shot as well.

NFLPA reported Wednesday that they will conduct studies to see if marijuana itself is a viable alternative for players to use instead of painkillers.

According to Jason Cole of Bleacher Report, the NFL owners are interested in the study as well:

“Several NFL owners said privately that they would support a more open approach to the use of marijuana as a means of pain management for players,” according to Bleacher Report’s Jason Cole.

They believe marijuana could be used as an alternative to more harmful painkillers. This could be interesting because many former players are already advocating for the use of Marijuana for pain.