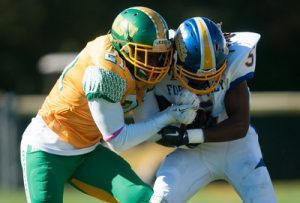 has been bringing our readers Prospect Interviews over the past 3 years and this year we mixed up the questions and added some fun questions for our readers. Our questions are designed to give our readers a little more insight on the player. We hope to bring you more than 350 interviews of NFL Draft Prospects this season. You will be able to track them all on the front page of our website in the banner to the right.  Now let’s meet the prospect!!!!

Just this year Me and my mom put together a back to school drive were we gave less fortunate families school supplies and clothing who were in need throughout the metro Detroit area by simply making a Facebook status and gaining more attention that we thought. What was the hardest college class you ever had to take? Corporate Finance

He would never believe me saying this but my dad probably the hardest working man I’ve ever met. Would go to the moon and back just to make sure I was on time for anything that had a positive impact on my life. The reason I have a football in my hand the reason I went and played juco ball The reason I’m the person who I am today and I’m greatly appreciative to be able to say it.

WR/QB and believe it or not DE

This is a tough one because I have three.It’s between 1. My versatility, 2. My on the field IQ, and 3.game confidence. I’m able to play any position in the back row of any defensive scheme and breakdown an OC’s play call before the QB even snaps the ball. And like any other DB I get into the head of every receiver I’ve faced due to my confidence and relying on my technique and that week’s game plan to beat you.

Receiver releases does he tend to go outside or inside, route combos, WR splits on certain routes, O line stances any telltale signs from the offense, favorite plays/formations etc. a lot really but these are probably the main.

Javon Bell WR at Fort Valley state. He was a bounce back from Texas Tech probably the fastest I ever guarded. The only TD I gave up my junior season was about a 50 yard post to him.

These are tougher than I thought but a Mix of Jalen Ramsey and Aqib Talib , and a season too late to say Charles Woodson. When it comes down to it I’m just a playmaker from causing turnovers to catching the game sealing interception.

Earning a scholarship to earn a degree and play the game I love. Out of high school the 1 offer I had was a preferred walk on to Michigan state and I didn’t let that stop me just used it as ammo to prove coaches that I can actually play some ball.

Flying to the field for pregame warm-ups 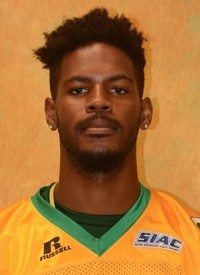 You have 3 dollars for a sports drink well there’s the name brand for 3 bucks but there’s this brand that no one has ever heard but it was secretly created by the name brand company but brings the same benefits as any other brand and is a lot cheaper well me I’m that brand. And you still have money left to buy a sandwich

Copyrights for some app ideas I’ve been working on