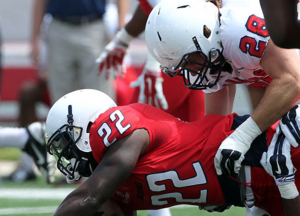 Dami Ayoola is built like a truck and has great cutting skills. He has the speed that NFL teams are looking for.

The University of South Alabama

Being able to receive as well as pour humility into those with similar walks in life as myself.

Curtis Jackson is my role model for his success in so many avenues. I pride myself in being well rounded as a person for that very reason.

The full toolbox in terms of completion by being able to bring a philosophical understanding of the game into fruition with the desire to compete at the highest level.

A few things I try to take heed to while watching film is how quickly the defensive ends get up the field in contain mode and how laterally active their interior guys are. Are the apex guys in run phase (scissor stance) or in coverage on a number 2 or 3 receiver? Are they an add-on/green dog type of team or a pressure to the man side of protection type of unit? What are their triggers to start to show pressure? …..Just to name a few things

Giovani Bernard because of the versatility and value he brings into each facet of the game. His ability to affect the productivity for an offense is second to none.

No obstacles are worth mentioning because there are gems all over the place.

My attention to detail and proactive approach to preparing my mind & body for competition.

The passion that I bring about when playing the game and leading others around me, at times, causes steamy jargon between myself & those being pushed to their full potential. A risk I am always willing to take… 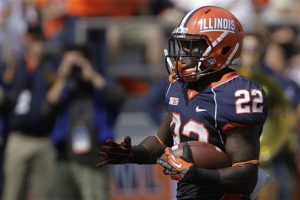 A technician of a person who is always pushing passion into others and smiling warmly when those things come to fruition; which eclipses his successes past and those to come.

A more reliable (used) vehicle for my mother to get to and from work.