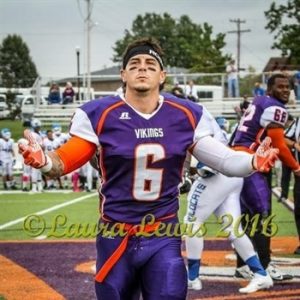 During my time at Missouri Valley College we have went to the Elementary schools to read to the children to help out, and also have given car washes at my JUCO to help out the students.

Senior Seminar by far is the hardest class I have taken in College thus far.

My Father has been my biggest role model. Even though he wasn’t around much growing up, he made sure to make it to every game to coach our team, and at that time in my life that meant something to me. Now he is living the life he deserves happily married living a good life. Proud of you pops. My Mom Is also a role model that has driven me to do the best that I can with every situation that has come my way weather good or bad she was always there by my side helping me push through and become successful.

Growing up i stuck to Football, but when I got into high school everyone kept talking about my speed so I started running track in 2010. Track Successfully helped me in the long run for football after learning how to run the sprints in Track & Field and becoming faster on the football field.

I played Running back for 11 straight years till I finally started enjoying my position on defense as a safety. By my Junior Year in High school I fully committed to become a better defensive player.

My Speed and awareness for the ball/ball Carrier. My Reaction time off the edge is something I picked up from running track, this is something that has helped me become a better football player.  Also Playing running back my whole life has giving me an eye for the ball and how the backfield works, I understand the pass formations from the run formations because of the running backs 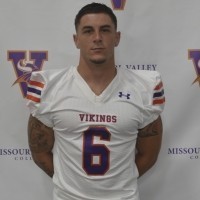 The biggest thing I look for in an offense when I break down their film is the tendency they had as a team overall, and then I break down the players and what they give away when they’re lined up a certain way in a formation. The biggest thing I see on film is the offensive lineman’s stances for pass and run. First I look at how high they are and if there hand is placed soft on the turf or heavy handed which is indicating that its a possible run. I also look for their explosive players and what they are capable of and if they go all out every play or do they cruise through the play when they’re not getting the ball, it’s the little key things that help.

Brandin Cooks from the New Orleans Saints Brandon Wehger Carolina Panthers Both of these athletes were unreal on the field and deserve to be in the position they are today.

When I watch film on myself, I see Tyrann Mathieu/ Deone Bucannon These individuals  in my Opinion, never stop, they have a motor that can’t be taught. My coaches have always expressed to me that my motor is something that has gotten me far in this sport with my will to find the ball. The ball awareness of both of these individuals is i can relate with. Also the size of these individuals remind me that if I keep working hard nothing can stop me, even my size!

Before every game I layout my uniform and pray over it before putting it on so I know I have been blessed from up above when I put this uniform on. Then I watch Ray Lewis motivational speech when he

My Speed and Awareness for the Ball

I just give it to God man, It’s not up to me. I can control my attitude, my effort, how I prepare but at the end of the day, what’s going to happen is going to happen. I’m not going to stress about it. I just Pray for an Opportunity

Buy my Mom/Dad a House