Yesterday the news was broke that former second round pick Johnathan Banks was released.

Well Banks has just been traded to Detroit for a seventh round pick in 2018 according to Adam Schefter. 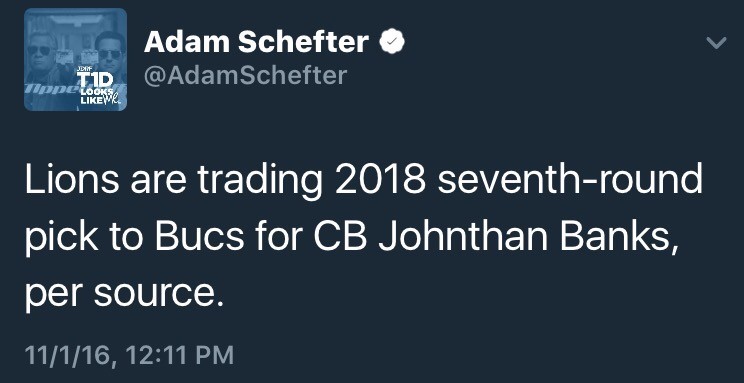 Tampa Bay wound up not releasing CB Johnthan Banks; instead it is trading him to Detroit, per league source. So there’s another trade.