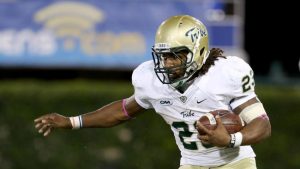 William and Mary running back Kendell Anderson is a beast.

The College of William and Mary

I have done multiple events during the holidays where I take toys and sort them and give them to less fortunate families.

The Cellular Basis of Neuromuscular Physiology

I am a military brat but I claim Houston, TX as my hometown

My role model is my mother because she is the hardest worker I have ever seen and she is always pushing me to be great. She is also the 4th ever black female to reach the rank of Lt. Colonel in the United States Air Force and she is a JAG.

I look for tendencies in players. How they react to certain things; how linebackers fit up blocks, how DLinemen attack blocks, weaknesses in agility, weaknesses in technique, how people tackle. I look for constant but subtle things

Karl Joseph, 1 draft pick for the Oakland Raiders in 2016

I lift weights and call my girlfriend and my mom on FaceTime before each game. I text my brothers

I am very intelligent and physical 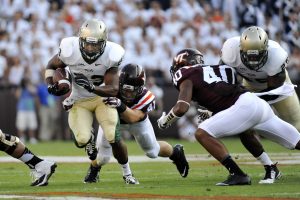 The last person who passed up on me, I cost them their jobs because I made them pay for years to come

Emmitt Smith and the Dallas Cowboys

Pay my family back