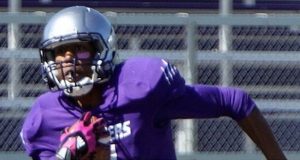 Keelan Cole of Kentucky Wesleyan is a beast. He should definitely get a shot at the next level

I go to elementary schools are hang out with kids during recess time.

All Professional Athletes are my role models because I’ve always wanted to be a professional athlete since a child, & watching their success & or their struggle helped me learned from their mistakes & achievements

I study all aspects of the game helping me know exactly what my role is on every play. Rather it’s on special teams or offense

Defensive schemes, what are the defenses favorite packages in certain formations & where are the holes in those packages, are the DB’s using hands on, or bail technique, Can I run past them or do I need to use more technique because they have decent speed to keep up.

Walt Aikens from Liberty University, drafted to Miami Dolphins in 2014

Allen Robinson for Jacksonville Jaguars , because he was underrated coming into the draft but worked hard once he was given the opportunity to play professional football & proved he was a top WR in the NFL . He has great ball skills & he can score at any time rather it is a 2 yard catch for a 70 yard touchdown or a 60 yard deep ball for a touchdown .

Not getting a scholarship for college out of high school was hard because that’s what you’re working your butt off for in the 12 years of schooling . But instead of making that an excuse of why I’m not a college graduate, I got myself in school , walked on to Kentucky Wesleyan College football team, earned a scholarship after 2 years & now I’m graduating college with a degree in Sports Management in December of 2016.

2 rounds of stretching , jog 200 yards, & have some Odell Beckham fun with some one hand catches. 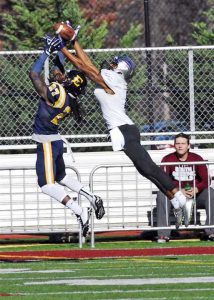 I’m a student of the game, which helps me learn quickly because I understand what is being taught easier.

I’m 180, which keeps me from being able to be as physical as I want to be on the field.

You’ve given me this opportunity & you will not be disappointed.

My favorite player growing up was Randy Moss, I never had a team, I just loved watching football in general.