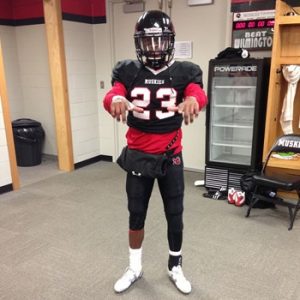 Dorian Maynard is a long cornerback with speed

My parents, hardest working people I know, they have always supported me and my siblings

From me being a former wide receiver I know a lot of routes a wide receiver can run by his splits. Also my work ethic, I don’t like to be out worked so I go hard at everything I do

Different splits the wide receiver has due to the routes they will run, also their technique when cutting during their routes

Would be William Jackson 3rd he has good technique and also is a ball hawk when its in the air its his, I have that same mindset

Sitting out a year of football due to my grades, it woke me up and I began doing better in school 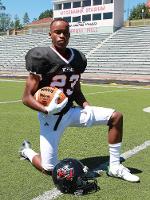 Listening to music and watch college defensive back highlight tapes

Student to the game

Biggest weakness would be my weight

I would do whatever it takes to make the team succeed, also will never have to worry about me in any bad situations off the field

Knew house for my parents