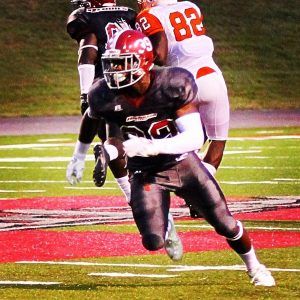 My name is Dondre Wright

I play defensive back

The coolest thing that I’ve done was when I was in Junior College, and we got to perform our version of the Haka in front of a middle school in Arizona

I am from Ajax, Ontario, Canada

My biggest role model is my parents. They have worked hard for everything they have; nothing was giving to them when they immigrated from Jamaica to Canada in the early 1990’s. Just like them everything I have become today, whether it be my athletic abilities or individual achievements, is because I’ve worked hard

My first love was soccer when I was real young, but due to my aggressive nature I had to find another sport, and that’s when I decided to follow my older brother and give football try. I have also played rugby, hockey, and did taekwondo for a couple of years.

I have played inside and outside linebacker, and some safety

What separates me from others at my position is that I can do everything that is asked of me. I play with good aggression, and I am athletic enough to blitz from space and cover slot receivers in man coverage, I tackle well, and I am a quick learner

I look for opposing teams favorite plays within formations they run. As well as their favorite route concepts that they run in zone coverage. I will typical look at the receivers speed level and release, so I know what type of technique I will be able to play.

Akeel Lynch, Played RB at Penn State and the University of Nevada

I would probably compare myself to Lamarcus Joyner, mainly because we play the same type of position and are similar in stature

The biggest obstacle I had to overcome was when I did not receive any Division 1, 2, or 3 offers my senior year in high school. I was pretty depressed the months following national signing day, but I realized that maybe this was God telling me to be patient, and he was right. I would never have expected to become the player I am today if it weren’t for the extra motivation of proving wrong all those schools that looked over me 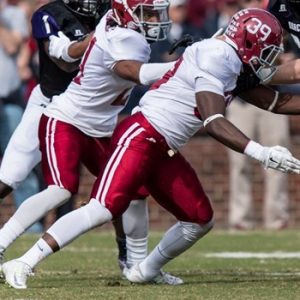 I have long arms and use my hands very well when engaging and disengaging blocks. I am athletic, and a good tackler

I will be one the hardest working members of the team. I am a willing special teams player, and I’m very coachable. I have never had any disciplinary or field issues, and I am a leader by example.

My favorite player growing up was James Harrison. I admired his relentless attitude and no days off mentality. It’s what I try to model my mindset after

I would probably buy myself a car. I doesn’t have to be the latest model or the flashiest one. As long as it has four doors, is good on gas, and has an auxiliary output I’m good with it.