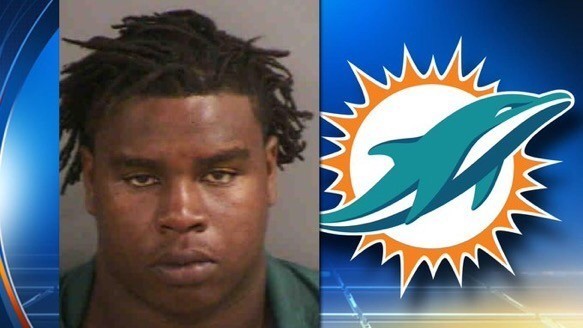 The former Gators defensive lineman has a rough looking mugshot as well.

When police searched Orr’s car, they found three glass vials of what appeared to be marijuana wax and a bottle of red liquid labeled “kush syrup,” according to the report.