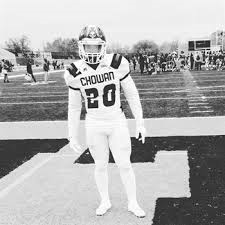 I can’t say I have done much other than give high school kids someone to look up too. The fact that I left home came to college and worked my way up to a 4 year degree and played football is all the influence most of us need. The work shows itself. I made it!

Currently in a Criminal Justice writing intensive class that has very discreet directions. The format is so critical it makes you question a lot of your cited information.

Tim Tebow, his drive to chase after anything he want makes him fearless against any obstacle in front of him. His faith is strong.

Wrestled in state championship. Competed in the 4×4, 4×1, and shot put in track.

Played more of a DB in high school

I happen to move a lot faster than most at my position. My ability to get around blocks and to the ball is pretty good.

First I look at the formation and how the lineman, RB, TE or FB are set, than I think about the situation they’re in for pass/run tendencies

I can’t really say. I am a different type of player so I may have similar abilities to a few players like Khalil Mack or Deone Bucannon.

There had been a time when football wasn’t my main focus and like anything if you don’t give it your full attention it won’t last long, so I put everything aside and decided to give my life to two things and one of them being football. I fully committed to it and it drives me every day.

I greet all my teammates during warm ups to show them who I’m playing for.

My mix of speed and strength is a big plus on my side because I can get underneath people or around them some way or another.

Many say my height but it’s my hands. I have small hands. 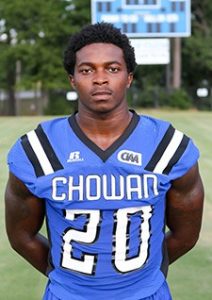 The moment my opportunity present itself know that I’m going to make everybody around me work. I will push the man in front of me so hard he will never be comfortable.

Bernie Mack, my Uncle Jerry, and my oldest brother.

I look to pay for my grandmother to get the best doctors we can find to cure her cancer.