Ole Miss is a wild place to play, I mean ask Laremy Tunsil.  The offensive lineman rated as the top player in the NFL Draft dropped like a bag of ….., after he was caught with a gas mask on hitting a bong.  Well yesterday, a person posted a snap chat photo showing Chad Kelly around a table with several others and a big bag of weed in the middle of it with fast food and a jug of water. 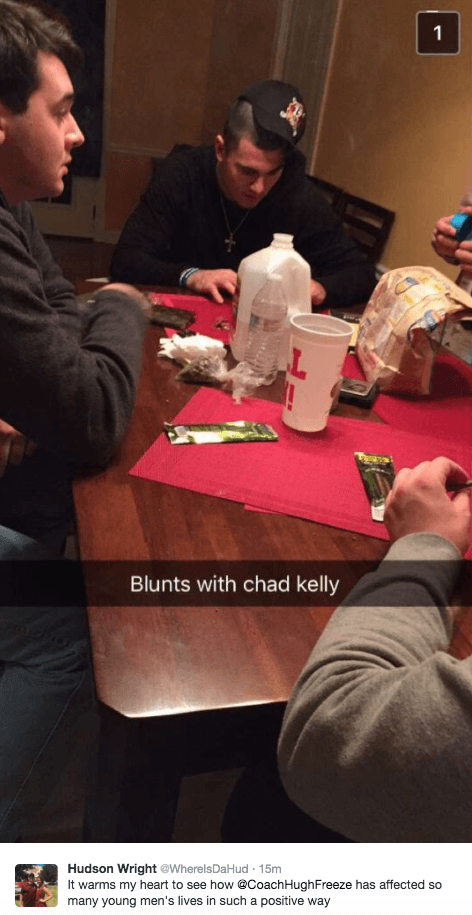 While Kelly appears to have his head down, you can see it looks like him.  Regardless of the photo, NFL teams already know about Kelly’s background.  He may fall in the Draft because of his off the field issues and his recent injury but one thing about it, the kid can play football.  I hope the Bills draft him late next season. It would be good to see him in a Bills uniform like his Uncle Jim.