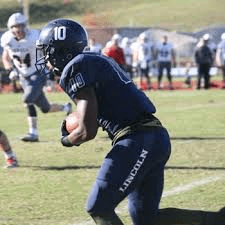 Bryson Winfrey of Lincoln University is a game changer

I played college football at Lincoln University of Missouri which is a D2 program in the GLVC conference.

The coolest thing I have done off the field was last thanksgiving me and members of an organization I’m apart of gave thanksgiving dinners to in need families at a local church.

My role model is my H.S. Football coach Damon Paul. I consider him to be my role model because of the lastly impact he made on me when I was in H.S. and how he guided and molded me to be the man I am today.

Yes I’ve played both QB and RB at the college level.

I believe that my quickness and ability to separate from defenders is what separates me from others.

When I break down film I look for coverage indicators like how the defense lines up as far as their depth, stance, and alignment as well as different types of tendencies on players throughout the game.

The toughest player I ever played against was De’Vante Bausby from Pittsburgh State who is now apart of the Chicago Bears.

I would compare my play to Julian Edelman we both are quick shifty receivers who have a way of finding openings in the defense.

The biggest obstacle in my life I’ve had to over come was my freshman year of college when my mom had got sick and was in the hospital.

I think my biggest strength is that I’m very resilient as the game goes on I feel that my play gets stronger.

Some would say that my biggest weakness is my lack of height but me personally I find it to be a strength since it allows me to find holes in defenses that bigger players might not be able to find.

I would say that I am a very hard worker and know that football isn’t a game for complacency so I know that everyday I have to come to work ready to get better no matter what is going on around me. 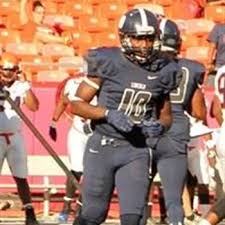 My favorite player was Randy Moss and my favorite team was the New England Patriots.