Broncos running back has the knee of an 8 year old? 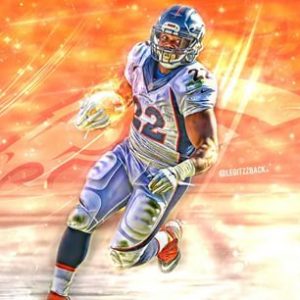 According to 9 News Denver, the surgeon who performed Anderson’s procedure, Dr. Arthur Ting, told the Broncos running back that he “had the knee of an eight-year-old.” That does not sound too promising for the Broncos leading rusher. Anderson himself told Channel 9 News in Denver that he hopes he can return if they make a push late for the playoffs.

“I don’t know if I’m playing this season or if I’m out this season but if you know anything about me I’m going to grind until I get back to the top of my game and be better than what I was before,’’ Anderson told 9 News following his surgery.

The Broncos placed Anderson on injured reserve last weekend. His regular season ended with 437 yards and four touchdowns on 110 carries — all of which remain team highs.