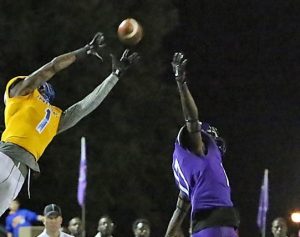 My teammates and I were coaches in a children’s camp where we ran them through a couple of football drills and played football with them. The joy and excitement on their faces was the coolest part about that day

I played high school football for Norcross High in Norcross, GA, but I grew up in Decatur GA.

My mother is my role model because no matter how tough a situation was, she fought through it. Reminds that there’s no limit to success.

Growing up, I played Basketball and also ran track.

My Physicality and Relentless Effort, Most WR can’t Go I how Go

I look for Coverage tendencies on specific downs and yardage. Next I look for how discipline my opponent is, how early does he open up, how good is his backpedal, and how often does he gets hands on.

Larry Fitzgerald because he has an all around skill set for the position. I think I bring a lot of the same skills to the table

3 years ago I was a true Freshman at Georgia Tech and my 3rd game as a starter I tore my ACL vs BYU. 6 months out of surgery I re-tore the same ACL in May and got redshirted for the upcoming season. Through the hard times I remained faithful and worked harder than I’ve ever have. I came a new person, I matured, I became faster, stronger, and jumped higher than ever before. More importantly, I became a student to the game and mentally I was on another level.

I like to think back to how I grew up, when people would tell me I’ll never make it, grinding all off-season , and how far I’ve came. 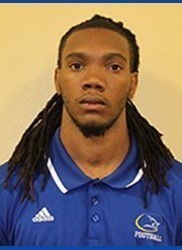 My fear to fail

If you give me a shot, you’ll never regret it.