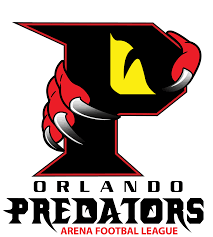 Today the Orlando Predators made a move to suspend team operations for the 2017 AFL Season due to the fact that they are unhappy with the reduced number or teams in the Arena League.

The Orlando Predators have chosen to suspend team operations today due to the reduced number of teams remaining in the Arena Football League as well as pending disagreements with the League. Over the course of the past several years we have focused on building and growing our winning franchise, despite significant issues at the league level that have impaired our ability to be successful.

We want to thank all Orlando Predators fans whose support during our ownership was the sole driving force behind all of our efforts. We also want to thank our loyal season ticketholders, our incredible sponsors, the Amway Center and its amazing staff, as well as the Orlando Magic for their partnership. We also owe a tremendous appreciation to our first-class coaching staff led by Head Coach Rob Keefe, our front office and all of the dedicated men and women who have been a part of this organization for the past two-and-a-half decades.

All Predators fans and sponsors who have paid funds toward the 2017 season will receive full refunds of monies they have paid within the next several weeks. We kindly ask for patience as we work through and ensure everyone receives back the funds they have paid.