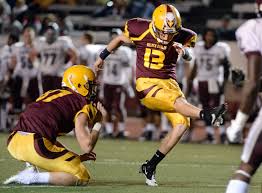 Brett Benes can do it all. NFL teams might fall in love with him because of his versatility

Football is about giving back, what is the coolest thing you have done
off the field?

Back in high school I was a volunteer for the Wayne Barton Study Center in my hometown of Boca Raton, FL. I worked a basketball camp and loved  helping with the younger kids and being a good role model.

My role model would have to be Dwyane Wade. I grew up watching him as a member of the Miami Heat and always admired his professionalism, work ethic, and his amazingly competitive spirit.

I played Soccer, Baseball, and Basketball. I did the cycle year-round from one to the other.

I actually was recruited to play QB at Charleston and didn’t punt/kick until my redshirt freshman year. I had always done all three but only pursued QB in college. My dad was a kicker for the 1987 Miami Hurricanes National Championship team and he always told me to keep that skill in my back pocket. It ended up working out.

I think my drive and attention to detail does. I’m persistent and I’m not satisfied with my game until all the little things are done perfectly.

First off, I’m always watching my form and mechanics to see if there are any deficiencies in my execution of a punt like in my drop or my steps. I also watch the other teams alignment and tendencies on whether or not they bring a rush or hold back to set up a return. It let’s me know if I will need to be quicker with my get off time or not.

In college it would have to be CJ Davis from Shepherd. He never got me on a punt but he’s taken one to the house vs. us on a kickoff and has always created problems for a lot of teams he has faced. I’ve had to make a couple tackles vs. him. He’s a great athlete.

If you could compare your play to one player in the NFL who would it
be and why?

I’d say probably John Hekker of the Rams. Like me he played QB at one point and has the ability to not only punt but also pull off an array of fakes. At Charleston I’ve had the opportunity to do a few fakes where I’ve been able to throw the ball around too.

I pretty much just do the same thing as I did when our team last got a win. If I was wearing white socks to the stadium I’ll do it again. If I drank orange juice that morning I will do it again and so on. I’m kind of superstitious. 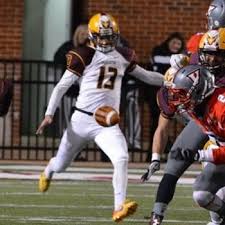 I think the biggest thing is trying not to compare your program to a big FBS school in terms of the gear and facilities. It’s easy to get caught up in that and I’ve seen people lose focus at the task at hand which is getting yourself ready to play at the highest level possible to help your team achieve greatness.

I think my biggest strength is me being a perfectionist. I take a lot of pride in my craft and want to help our team win the field position battle every opportunity I get.

I’d have to say sometimes kicking too much pregame where I have to slow it down and dial it back. Doesn’t happen too much but if it ever does I just got to realize I have a whole game to play.

You won’t find another specialist who works harder than me and gives it all for his team.

Favorite player growing up was probably Ken Dorsey and my favorite NFL team was the Miami Dolphins.