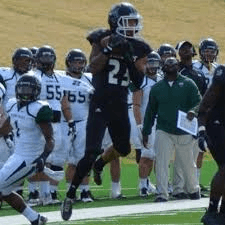 I would say helping the people out in our community

The hardest class would have to be Organization of Criminal Justice

What separates me from others is the desire I have to be an absolute dog on the field, I feed off making plays

I look for tendencies a lot and run through my mind how I should defend it.

I don’t see anybody I’ve faced being really tough to guard but one person who kept me on my game would be David Moore from ECU.

I would say Josh Norman, The trash talk doesn’t come out unless my opponent brings it out and that’s what gets us going.

Doubt for sure. As a small school player a lot of people are going to doubt you because you’re not playing on a level that everyone has their eyes on. 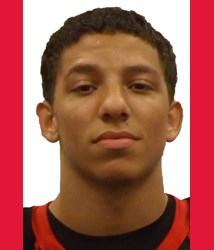 My biggest strength would be my speed and ability to recover on a route.

I don’t have any weaknesses

Just give me the chance to prove to you I can compete with anyone.

My favorite player was Chris “Beanie” Wells from THE Ohio state. My favorite NFL team would be the Dallas cowboys

Donald trump, Barack Obama, Hilary Clinton. I would just sit back and listen.

I would get my mom and grandma a new house.